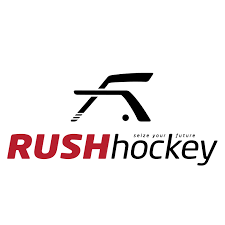 The founder and owner of RUSH Hockey, Kelly Katorji, is a key advocate for the sport of women’s hockey. To date, Kelly has provided more than 10,000 players with a platform to showcase their talents. Having spent 23 years immersed in the hockey world as a scout, he is known for providing unbiased scouting information and knowledge for players and parents alike. Between 2003 and 2016, Kelly was North America’s most active hockey recruit, scouting more than 200 teams each season

RUSH Hockey is North America’s premier women’s hockey showcase tournament. Our mission is to provide a platform for aspiring hockey players and coaches. Every summer, we operate two tournaments: the individual entry showcase in Toronto and the team entry showcase in Boston. (During the winter months, RUSH also manages minor hockey tournaments in Canada and the United States.) Participants range in age from 10-25 and we have over 10,000 graduates that attend our events. In 2018, our Toronto tournament included over 50 teams and our Boston tournament hosted a record 200+ teams. We are also proud of the over 20 graduates that have competed in the Olympics for Team Canada or Team USA.