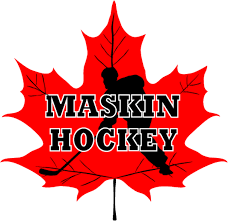 Founded by former professional player, Steve McSwain, Maskin Hockey Development is a Toronto based hockey development company. Maskin was built and fueled by the passion that Steve has for the game, as well as his desire to assist other hard woking, passionate hockey players achieve their goals. It is Maskin’s mission to help players of all ages and abilities to develop and improve upon their current skills so that they may become stronger, more confident players.

It is our mission, here at Maskin Hockey Development, to ensure that all players reach their potential, while having fun. As Tim Notke said, “Hard work beats talent, when talent does not work hard!” We believe it is what players do outside of their regular scheduled practices and games that truly makes them stand above the rest!

Our coaches have extensive and accomplished hockey backgrounds. They know that if you’re not willing to put in the extra time and effort to gain an edge on the competition, you will be left behind. Maskin promises to provide each player an opportunity to improve their game through positive coaching, within a supportive learning environment.

Steve is currently the Assistant Coach for the 2017-2018 U18 Chinese National Team. Steve also works weekly with the 2007 AAA Toronto Titans as an on-ice skills coach, as well as various Private and Semi-private sessions for players of all ages and skill levels. Steve has also run and assisted in many hockey skills camps.

Prior to his time with the Chinese National Team, Steve was the captain of the Toronto Attack Jr. A team.  After the completion of Steve’s junior years, he moved to Sweden where he played for the Division 2 Söderhamn/Ljusne as well for the Lindefallets SK Division 3. In his off time, Steve trains young players in various areas of the game.